What makes an interviewer Great?

Posted by shaunhoon on March 2, 2013
Posted in: Cool Ideas. Leave a comment

I’m an interview show junkie. I love watching and listening to talk-shows and Podcasts. We often neglect the importance of a great interviewer that makes a successful program, as the emphasis are often placed on the interviewees, who are the stars.

Below are some of my favorite interviewers. Their style couldn’t be more distinct from each other. Yet, they hold much common grounds (such as what’s been pointed out above). I bolded 3 points that I thought were the most important.

I’ve just watched a superb interview on Tom Cruise. And thought, part of what makes it so interesting was the guy named George. 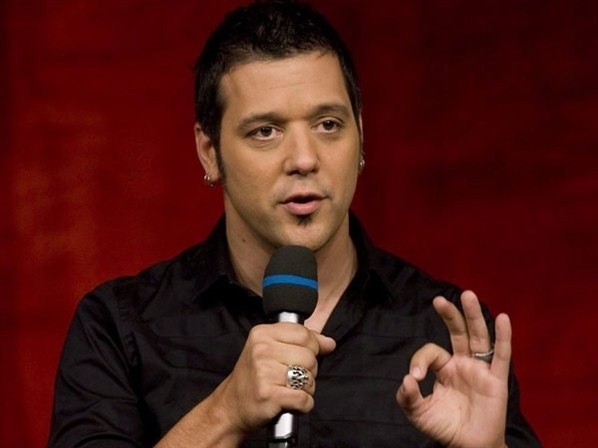 10 Questions to help you Write Better!

Posted by shaunhoon on February 28, 2013
Posted in: Cool Ideas. Leave a comment

Being an editor doesn’t make me an authority in writing. I’m sharing this information from the perspective of a reader.

As an avid reader, I can tell how an article makes me tick, and why? This is the premise in which I start all of my writing. I hope it works for you too.

1. Why is this story Interesting?

Start your writing by asking yourself the above question. A good write up may not necessarily always be beneficial or even informative. But it certainly connects, triggers your emotion and touches your soul. For the lack of any tangible benefit, does your writing at least give your readers the pleasure of reading?

If you can’t convince yourself that your article is interesting, choose a topic you’re passionate about. Tell the story as if you’re talking to your best friend. Passion radiates!

Part of what makes a story interesting has a lot to do with the packaging of the essay. I.e the Headline, the Picture and the Length of the article – do not neglect these simple but crucial elements.

2. How is the article Relevant?

END_OF_DOCUMENT_TOKEN_TO_BE_REPLACED

The Anatomy of Business and North Pole

Posted by shaunhoon on February 7, 2013
Posted in: Cool Ideas. Leave a comment

Doing business is a lot like the North Pole expedition. It can be lonely, brutal and even fatal.

The odds are against you.

Your competitors and your worst customers can be just as unforgiving as Mother Nature.

But the reward is priceless.

Which is why so many people love to watch from a far, some dare to dream about it a little. But few ever go and make it there. The same reason why we crown the survivors, “Hero!”.

Are there parallel skill sets for surviving the both?

I contend there can only be no difference!

The Art of The Start (Shaun Hoon Style)

Posted by shaunhoon on December 24, 2012
Posted in: Cool Ideas. Leave a comment 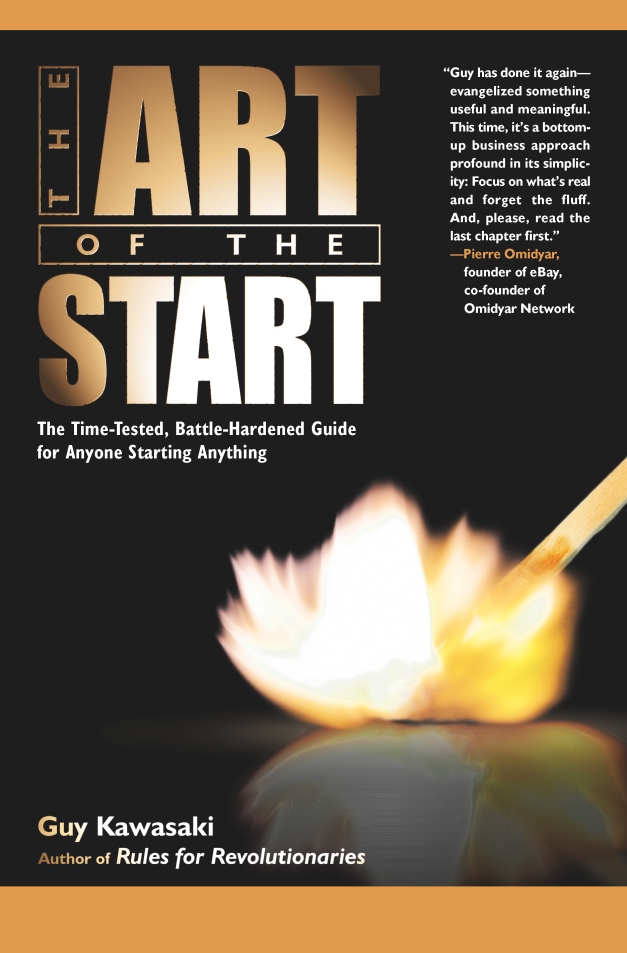 As I reflect through the many lessons I’ve learned throughout this year, most notably, through the launch of BHC Magazine, I thought it would be a waste not to note them down for my future reference. If any of you are starting something new, perhaps you could pick up a lesson or two through my experiences.

Of course, for those who want the best advise to start anything, pick up the book above by Guy Kawasaki, whom I stole most of the ideas from (Money back guarantee from me – I don’t even offer that for BHC Magazine!). END_OF_DOCUMENT_TOKEN_TO_BE_REPLACED

The most beautiful skyline… 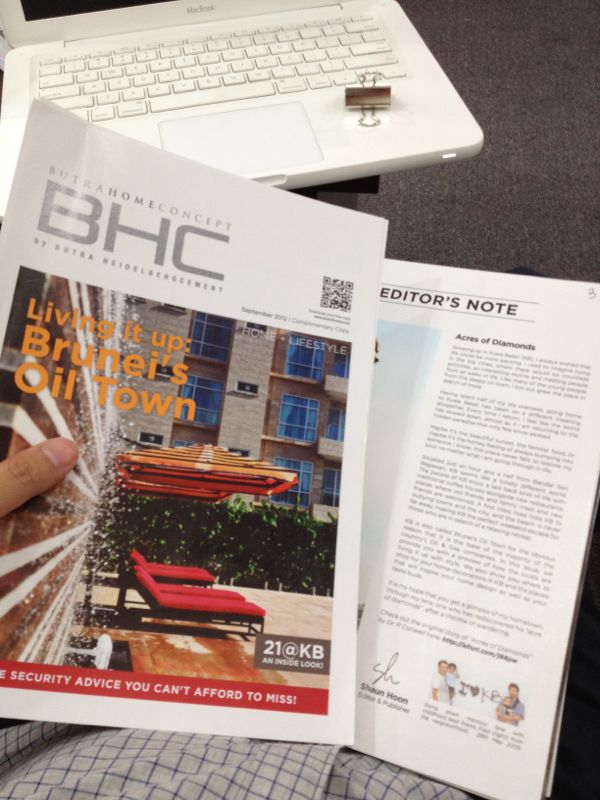 In the Editor’s Note of BHC September, I wrote about my hometown, KB.

In doing so, it caused me to reflect on how much I have changed (& aged) over the years.

Growing up in KB, I always wished that life could be more exciting. I used to imagine living in the big cities, where there would be countless activities, an interesting skyline and people from all walks of life. Like many of the young people from this sleepy oil town, I too outgrew the place in search of more…

Naturally, I didn’t get into my personal story in the magazine, but here’s my thought 20 years on…

The most beautiful skyline is an empty one.

It is infinitely more interesting to meet a familiar face who would reveal to you the embarrassing stories about your childhood and tell you what you don’t know about your mum and dad, than meeting the smartest, most ‘impressive’ people in the world.

And the only activity I look forward to, after a long day at work, is to hug my wife, walk my dog and indulge in my baby’s laughter.

Of course, every once in a while, I may wish to live life on the fast lane. But the thought soon disappear, when I have to choose between that and returning home to paradise.

I guess what was written on Freddy’s picture frame is right:

You can take a man out of KB, but you can never take KB out of a man!

I work in the creative industry. I get paid for churning out innovative ideas, selling concepts, dreams and visions.

One of my biggest worry is that when I wake up one morning, I do not have any worthy ideas to contribute. Like my inner creativity department just go on strike and my mind goes blank.

An example is why I have been so quiet lately on my blog.

Allow me to let you in on a little secret. Going blank is simply an excuse.

More than anything else, creativity is not a talent, nor is it any wacky idea you pluck from thin air.

It is pure Practice, Process and Discipline.

Inspirations are readily available from the people you interact with, the things you see, hear, touch, smell, read and experience.

For me, the missing element had always been the Discipline of getting in front of the white screen, and let the words flow through my fingers.

Even though if I had completely nothing to say.

Why Nokia isn’t dead yet?

Posted by shaunhoon on December 2, 2011
Posted in: Cool Ideas. 5 Comments

Time Magazine recently featured a story on Why Nokia isn’t dead yet (here)? And it instantly captured my attention. Two reasons:

1. Most of the people I know, including myself have made the switch to an iPhone or a Blackberry.

2. Function wise,  Nokia is clearly losing out in innovation and it’s coolness.

The verdict of the article was simple. Just because you, your friends and your dog use an iPhone or a Blackberry, it is easy to assume that  the whole world has embraced the much loved gadgets.

The simple fact that was overlooked  by most people was that iPhone is not for everybody. Time magazine repeatedly used the description, ‘myopic view’ of the Americans in coming to this conclusion. I contend that it’s also a catastrophic view of the fellow students of marketing (me included), who are seemingly obsessed with the two buzz words: Innovation & Technology.

According to the report, smart phone has only penetrated 5% of worldwide sales in the mobile phone industry. As impressive as iPhone sales was (over 100 million units sold since March 2011, according to Wikipedia), the number is still a minority, compared to the 7 billion people of the world’s population.

My grand mother uses a Nokia, so do my mum and dad, the maid in the house, and also my 55 year old auntie. Gather the whole family in a room, and my wife and I are actually in the minority.

Before opening my shoe shop in Australia, selling cheap Chinese shoes with no brands, no affiliations (those that I wouldn’t personally wear myself), I used to think that my business was destined to fail because I thought that people would only buy Nike, Birkenstock and Timberland. To my pleasant surprise, our business survived for 3 years, and many of the cheap shoes sold beyond my wildest expectations.

Not everybody aspires for a Porsche, a Private Jet and an iPhone. Ok, may be they do. But not everyone could afford one.

Do not despair if you’re not selling Apples, there’s always room for Orange, Watermelon and Bananas.

And one more thing!

Only fools learn from their own mistakes

It could have saved me 3 years of worrying, had I learned about this long ago.

engineeringgrowth
Create a free website or blog at WordPress.com.