What the media doesn’t tell you about Warren Buffett

Posted by shaunhoon on May 9, 2018
Posted in: Entrepreneurship. Leave a comment 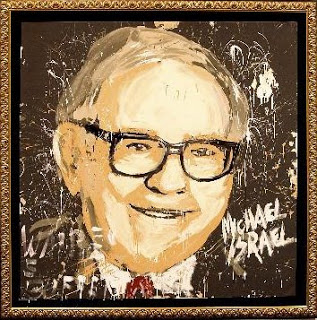 Disclaimer: The following article is based on the recollection of a conversation; citations are paraphrased – not the exact quotes from the interviewee.

I have not personally met Warren Buffett. However, I had the privilege of meeting Dr Jeff Towson (the #1 followed professor in China on Linked-In and the previous head of Direct Investments for APAC / MENA for Prince Alwaleed of Saudi Arabia) prior to him speaking at our conference, who incidentally had close encounters with Warren Buffett.

My fascination with one of Jeff’s photo taken with Warren Buffett triggered a 2 hour-long conversation about his experience. This is an account of my 2 degrees of separation from one of the world’s greatest philanthropist / investor (and it has nothing to do with investing).

Below is our conversation written in abstract memory 3 weeks after our breakfast meeting in Manila.

SH: Tell me something about Warren Buffett that I don’t read from the media.

We all know that Warren Buffett is the smartest mind in the world when it comes to investment. One would naturally assume that he has an above average intelligence. But you would not be able to comprehend how incredibly smart he is until you have actually interacted with him. His mind operates like a super computer. For example, if you ask him about Coca Cola, he would have no hesitation reaching out into his memory from a series of his past interactions with Coke; the figures from the annual reports he read, or the name of the people whom he met at the Coke headquarter along with the date and time, down to the specific content of the meetings from few decades ago. He seems to be able to remember everything! I have dealt with plenty of people who are highly intelligent; Warren Buffett is on a whole other level. He is a genius.

What makes Warren Buffett wise beyond comparison is his astounding level of self-awareness. Given his age and responsibilities, this awareness is crucial. And he keeps track of his mental scorecard on a weekly basis with discipline. The media may pick up on how this 87-year-old enjoys a good game of bridge to unwind after work. Given how mindful and deliberate he is with everything he does, it would not be possible that he only plays bridge once a week simply to “unwind”. I believe it is a mechanism he adopts to keep track of his mental capacity and his memory; to use the scores from his bridge game to measure how well his mind is still functioning. I really believe that’s what he is doing.

There’s a famous Warren Buffett quote that “you are the average of the 5 people you spend your time with.” What struck me is how much attention he puts into practicing this quote. Warren Buffett is extremely intentional with whom he chooses to spend time with. Basically, the answer is “No” with most of the people trying to get an appointment with him. Obviously, he has a long list of people wanting to see him, and time is his most valuable commodity that he needs to safeguard.

Warren Buffett is known to surround himself with the best in the world to spend his time with. For example, he has a regular get together with Bill Gates and others who contribute to his passion in advancing humanity. He also allocates a portion of his time dedicated to giving back to the society in educating young people by giving lectures. No time ever goes to waste with Warren Buffett.

This is perhaps one of the most overlooked elements of Warren Buffett’s success. When he was young, he spent the early part of his career working solo from home. Even though he was already successful at a young age, he came to the realization that if he wanted to achieve anything of significance, he could not do it all by himself. He needs to get people involved. I don’t think he started off as a great people person. He was conscious in developing his people and leadership skills, to be well liked, and becoming effective in getting people to help him to succeed.

SH: Are you a friend of Warren Buffett?

I have met him a couple of times, but I wouldn’t regard what we have as friendship. Friends are people whom you mutually keep in touch with, think of and care about. It is just impossible to become friends with Warren Buffett in this context.

Don’t get me wrong; he is one of the kindest and most generous people you will ever meet. He has this incredible presence and warmth that he carries with him all the time. Whenever he is in front of you, he’d give you his full attention and make you feel important talking to you. But then, he’d devote the same level of dedication to the next person, and the next person after that. He meets so many people at any given day. It is just not practicable to develop a meaningful friendship with everyone he meets with when he spreads yourself so thin.

SH: What’s the biggest difference between Prince Alwaleed and Buffett?

Prince Alwaleed can buy any of the best talents he wants to work for him. In fact, Warren Buffett can do that, too. However, Warren Buffett is well liked by everybody because he is such a nice person. If he wants anything done by anyone, all he needs to do is to pick up the phone and make a call and people would bend over backwards to help him. What Warren Buffett has is something that money can’t buy; the loyalty of the people.

Dr Jeff Towson deleted his own Facebook account as a protest to FB’s recent privacy issues; the great professor spent the first 15 minutes of our meeting asking me questions and listened intently to my advice on Podcasting. Finally, he also provided me with free consultation for my chronic shoulder pain (yes, he’s actually a medical doctor). Speaking of humility, generosity and principle, this will be a whole other story saved for another day. 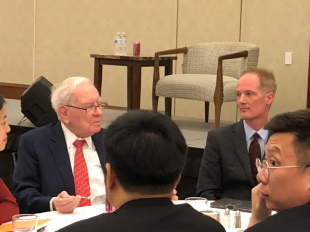 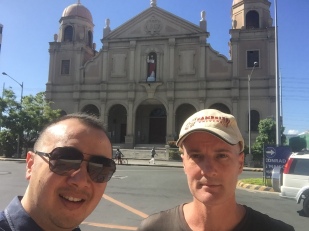 Me with Jeff Towson (2 degrees!)
Advertisement